Today, a legend has died. Steve Jobs, one of, if not THE most innovative genius of the 21st century has passed away. Under his leadership and creative vision, Apple has become one of the most loved companies in the world.

My love affair with all things Apple began in 2004. In need of a laptop, I decided upon an ibook G4 after learning about the lack of viruses, clean interface, and visual appeal that was the Mac. I have never looked back. Three laptops, two desk tops, three ipods, and an iphone later, I’m still a raving fan.

Steve was a visionary. A creative mercenary who’s attention to detail and love of simple design changed the way we looked at computers, not simply as a productive device, but as an art form. Simple. Clean.

Apple’s marketing under Jobs has been a wonder to behold. The buildup to each new product launch is textbook. Scarcity. Social proof. Competing on value. Never on price. Every business could do well to emulate their strategy.

I don’t know what will happen at Apple post Steve Jobs, but I do know that my life has been forever altered for the better by the products he envisioned, as evidenced by the fact I’m typing this on a 27 inch iMac.

The commencement speech which Steve gave at Stanford in 2005 is both incredibly inspirational and sums up his business philosophy nicely: Stay hungry, stay foolish. Always innovate. If you don’t love what you’re doing, why are you doing it?

Rest in peace, Steve. The world is a better place because of you. 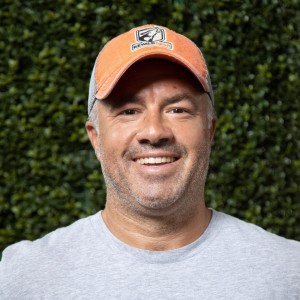 10 Secrets to Success in Business & Life
Is Your Marketing a Vending Machine or a Slot Machine?